A new start for farming

Food insecurity continues to be a major problem in several parts of South Sudan. The conflict and instability has displaced many people from their homes and made it unsafe for others to farm fields, which exacerbates the food insecurity problem. But this year, with a tenuous peace in the country, church leaders wanted to help people in stable areas to be able to ‘restart’ their farms. The SSPEC (South Sudan Presbyterian Evangelical Church) received a grant to provide seeds and tools to some of its congregations where people were able to farm but did not have the means to get started. They sent funds to a few congregations in different regions of South Sudan this year, investing in and hoping for long-term development.

It is fun to see the photos of the sprouting plants and the harvested peanuts or grains as proud pastors of SSPEC report on these farming projects.

Here are some pictures from Pochalla, from clearing the field initially, to sprouted peanut plants, and finally the hard work of drying and shelling the peanuts. 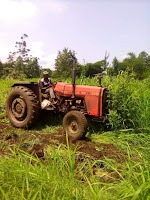 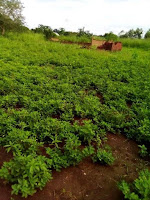 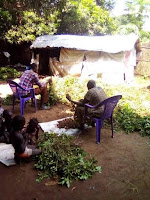 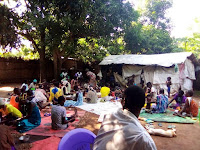 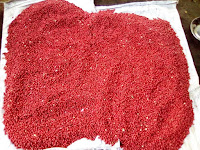 In the region of Pochalla, there were multiple congregations involved, with a committee established to coordinate the work. As you can see from the photo on the bottom of people shelling peanuts, everyone got involved. I was encouraged to see that even men participated! The shelled peanuts spread out to dry in the last picture is the culmination of months of work and collaboration. And it is a great motivation and encouragement to people wearied by war that they can have a hand in changing their situation.

Unfortunately, this month there has been flooding in several parts of South Sudan. People are again displaced from their homes, forced to rebuild, and struggling to find food to eat. As far as I know, Pochalla has not had floods, but several other areas have. Please pray for the recovery efforts, and that South Sudan would again become a source of food rather than just a recipient.