So, how are things in Congo after the elections?

We wrote in our last newsletter about the elections in Congo and the current political situation. Elections were on November 28, and the results were announced (for the presidential election) on December 9. The incumbent president, Joseph Kabila, was declared the winner by a margin of 48% to 32%.

This election was a landmark for DRC – the first democratic elections organized and controlled by Congo itself in more than forty years. If you have been following the international news, you know that international and independent observers have reported that there were severe irregularities in the election. Congolese people protested the results at their embassies in London, Chicago, Toronto, Brussels, and elsewhere. The atmosphere in Congo remains tense, with many people of the view that Etienne Tshisekedi, the strongest opposition candidate, was the true winner of the election. Despite talks of investigating the irregularities in the election, it is doubtful that another election would be held, or that the president would step down.

We talked to a Congolese colleague last week who is in Kananga. He said that the mood is somber, akin to a funeral. Many people, hopeful for change, are discouraged. This week, the Supreme Court in Congo heard official objections to the election results; today they confirmed Joseph Kabila as the winner and he is scheduled to be inaugurated for his next term next week.

Please pray for peace in Congo, and please pray for hope! Regardless of how anyone feels about these results, we pray that God would give HIS hope to people in Congo and that there would not be violence. It is not easy for the Congolese people to persevere in an oppressive economic and social climate. But one thing that we admire about the Congolese is their resilience and perseverance, and we pray those traits will carry people through in the days ahead.

Advent - A “Political” Event and So Much More 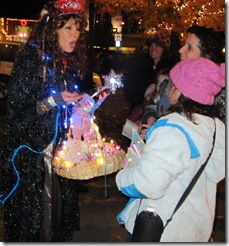 The day after Thanksgiving our family was watching the annual Festival of Light and Santa Parade in Ashland, Oregon.  Of course the usual suspects for Ashland participated:  the Camelot theater company, Southern Oregon University, the local animal shelter, a dance studio company, a few local churches, and Santa and all his helpers.  Sandwiched between these traditional participants were two groups which piqued our curiosity.  First was a group supporting the Occupy Wallstreet Movement.  Second was a group protesting the local ski resort’s plan to expand into the national forest.  One member of our group was troubled by these two groups participating in the parade.  After all, their agenda was strictly “political” in nature, and had nothing to do with Christmas cheer and the season of Advent, or so he reasoned.  Probably others felt the same way. 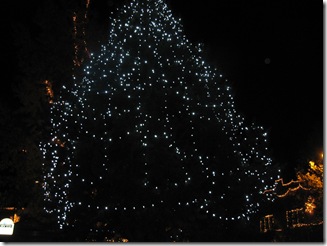 Yet, the entry of the savior into the world was nothing less than a political event.  Matthew tells that that Kind Herod, upon hearing that three wise men had come from the East to worship the king of the Jews, was disturbed, and all Jerusalem with him (Matthew 2: 2 – 3).  King Herod feared the prospect of a challenger to His throne.  Later, he would sentence all boys in Bethlehem two years and under to death.  For this reason, Joseph and Mary took Jesus too Egypt where they would live as refugees for some time.  As a preacher in Yreka, CA, would proclaim from the pulpit the following Sunday, “Too often we sanitize our faith.  We put Jesus in the manger and we follow our traditions.  We don’t talk about them being refugees in Africa, or the genocide of Herod.”  There is nothing apolitical about the coming of the King of kings and Lord of lords into this broken world.  There is nothing sanitary about this monolithic event.  This Christmas story is infused with all the rawness of human life and tragedy: pride, fear, jealousy, sadness, loss, mourning, uncertainty, searching, worship, the unexpected, relocation, survival, and ultimately hope.

Today we live in an unsanitary world which is no different from the world of Joseph and Mary, and the infant Christ child of two thousand years ago. However one feels about the Occupy Wallstreet Movement, one cannot avoid the message that things are not as they should be.  As we think about the ecology of our world, we cannot avoid the sad truth that we have destroyed more trees than necessary for our pleasures and purposes, and done significant damage to a world which has been bequeathed to us for stewardship.  These reminders which walked down the main street of Ashland, OR, are perhaps more appropriate than a mythical Santa and his fairytale reindeer.  These “political” reminders remind us that we live in an imperfect world which cries out for healing, restoration, and ultimate redemption.

For members of God’s covenant community, Advent is a time to reflect upon the entry into the world of the Christ child.  It is also a time to proclaim that He will come again.    It is a time to ponder with Mary what God will do:  He will come to bring down the rulers from their thrones, He will scatter the proud in their inmost thoughts, He will lift up the humble, He will fill the hungry with good things, He will send the rich away empty, His mercy will be extended to those who fear him, and He will remain faithful to His covenant forever (Luke 2: 50 – 55).  God’s kingdom is an everlasting kingdom.  The birth of Jesus was not only a political event, but also the advent of God’s glorious work of salvation in Christ.  May our hearts be pricked this season by the reality of a God who cannot allow our world to remain the same, a God who yearns for justice and equality, and a God who will humble the proud and exalt the lowly.

Thank you Ashland, OR, for a good parade…

For to us a child is born, to us a son is given, and the government will be on his shoulders.
Wonderful Counselor, Mighty God, Everlasting Father, Prince of Peace.
Of the increase of his government and peace there will be no end.
He will reign on David’s throne and over his kingdom,
establishing and upholding it with justice and righteousness from that time on and forever.
The zeal of the LORD Almighty will accomplish this.  (Isaiah 9: 6 – 7) 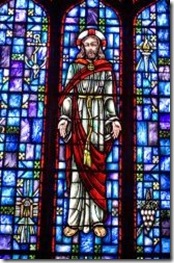