May we lean in together...

Since last April, our group of Presbyterian mission co-workers serving in Africa has been meeting every Monday morning at 11am Eastern Time via Zoom for a time of devotions and prayer. This weekly gathering has transformed us from a cohort of colleagues who all gather together every four years into a veritable family. It has been one of many gifts we have received during the Covid-19 pandemic.

In January, one of our colleagues suggested that during Lent this year we go through a daily devotional called Lent of Liberation: Confronting the Legacy of American Slavery by Cheri L. Mills.  In this devotional book, Mills recounts forty true stories of men, women, and children who escaped from slavery by means of the Underground Railroad.  She ties their stories to the biblical account of a God who desires justice and mercy.  We all agreed that this devotional book would be helpful for this season of Lent, and our African American colleagues offered to lead us in the devotions each week. 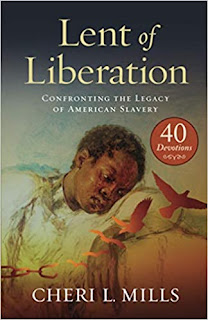