Recently I had a conversation with a family member about empathy. What does it mean to be empathic to others? Is empathy a natural gift or a skill we develop? When I lived in Rwanda, one of the greatest services the visiting short-term church teams performed was sitting quietly and humbly listening, giving space for widows and others to share their stories. In the midst of our current racial reckoning in America, as a means of becoming more empathic to the challenges faced by communities of color, a colleague recently recommended listening to the voices of persons of color, to not just read their autobiography or memoir, but to listen to them speak for themselves their own life story (via audio book).

Back in June, while we were living in an apartment lent to us by a church acquaintance, one of the regular highlights for me was listening to Trevor Noah describe growing up in Apartheid South Africa in his memoir, Born a Crime. Noah describes what it means to be “colored” or mixed-race, but not fitting into any of racial categories because of his particular social location. Noah candidly describes a life of poverty, living on the margins, the challenges women like his mother face in their culture, a life of robbery and thuggery which many blacks are forced into because of poverty, and the challenges faced in the Homelands because of State-Sanctioned White Supremacy. Noah looks back on his formative years with a compassionate lens, describing for the listener the countless injustices he and his mother and his community faced. Noah astutely compares the Apartheid and racist South Africa of his youth with that of the United States of America, where he now lives. Listening to Noah, at times I found myself laughing, but other times I found myself crying.  I experienced a mixture of tears and joy with Noah's poignant and dramatic conclusion. 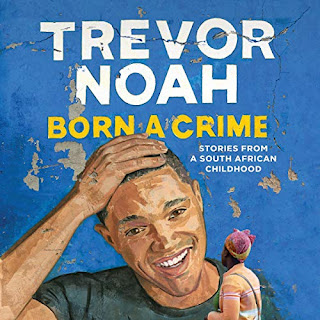 Earlier this year while we were still in South Sudan before being requested by our mission leadership to return to the United States, Kristi listened to former First Lady Michelle Obama speak her life story in her memoir, Becoming. Without partisan loyalty, Kristi simply wanted to hear Obama’s story. I remember seeing Kristi in the kitchen or in the bedroom with her headphones on, laughing, or perhaps, on the verge of tears. Obama gave firsthand account of the pressures of being married to the most powerful man in the world and what it meant to be a black woman thrust into the spotlight. Mrs. Obama described also growing up on the South Side of Chicago, her family witnessing the travesty of real estate agents lying about home values and manipulating their clients, exacerbating “white flight” and the devolution of her neighborhood. 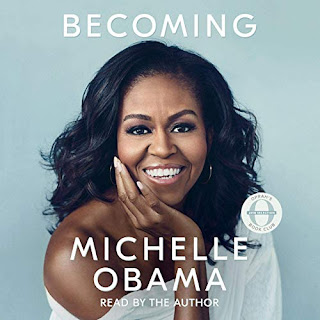 In August, Kristi and I listened separately to When They Call You a Terrorist: A Black Lives Matter Memoir, the life story of Patrisse Khan-Cullors, co-founder of the Black Lives Matter organization. Khan-Colors describes growing up “between poverty and police” in Van Nuys, California. Khan-Cullors describes how her mother worked three jobs to barely support their family, how her father figures were “missing in action” due to their jobs being taken away and because of the “War on Crime” and mass incarceration, how her brothers were harassed by the police from their early teens, and how her bi-polar brother Monte was deemed a terrorist for a minor traffic accident and beaten senseless and tortured by the L.A. County Sheriff’s Department. Sitting on the shores of a lake in Central Illinois with my headphones on, I wept as I listened to the sad account of her father Gabriel’s substance abuse and early death. While Khan-Cullors has been labelled a “terrorist” and worse, in listening to her share her story, it became abundantly clear to me that Khan-Cullors' life passion is simply seeking life, dignity, and freedom from injustice for all persons and communities. I wonder aloud with her, “Is that too much to ask?” 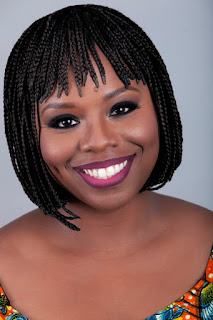 Patrisse Khan-Cullors
Last week Kristi and I finished listening to 12 Years a Slave, the firsthand account of Solomon Northup, a colored man born free in New York but kidnapped and sold into slavery in the deep South. His story is wonderfully narrated by Richard Allen. Less wonderful is Northup’s jarring depiction of chattel slavery as he experienced it on Bayou Bluff in Louisiana between 1841 and 1853. Most distressing was the scene of fellow slave Patsy, brutalized with no mercy by their master Epps. This scene, the culmination of other monstrous scenes, bespeaks the hideous nature of chattel slavery in the United States of America. Northup’s personal account and words directly challenge the uninitiated and naïve when it comes to the dark and pervasive realities of American chattel slavery. As history now tells us, the American public in the North  were overwrought by the depiction proffered by Northup and Harriet Beecher Stowe in Uncle Tom’s Cabin, two accounts which dramatically moved the country in the direction of the Abolitionists’ Cause. 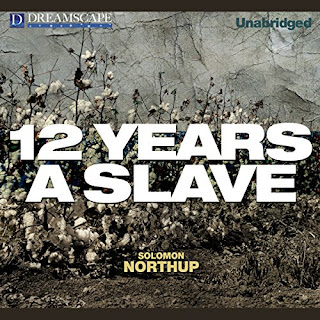 A colleague in mission cites the wisdom of an Asian proverb, “To hear is to forget, to see is to remember, but to feel is to understand.” May we ‘feel’ the pain of others, listening to their stories, and thus ‘understand’. In a recent interview with Oprah Winfrey, Isabel Wilkerson, acclaimed author of The Warmth of Other Suns and Caste, describes the need for “radical empathy.” Along with Wilkerson, I believe that this ‘radical empathy’ only comes when we hear the stories of others, have a more complete picture of our history, and are motivated to action, action which will create a more just and loving world. Amen.
Posted by Bob Rice at 1:22 AM

Just this morning I started listening to Becoming by Michelle Obama while I walked on the battlefield. Our daughter, Rachel, recommended it. I'm less than an hour into the book, but looking forward to listening to more on my walks. Thanks for sharing your recent reading list.
Len Williams

I shall have to spend time with each of your four links.  But I cannot allow myself to wait for all of that to be consumed and digested before signaling some measure of my immediate appreciation.

As an RPCV entirely in my own right, I feel that we are kindred spirits right out of the gate.  And I humbly admire all that you do, and each of the particulars of your faith and broader outlook on life.

The Interesting Narrative of the Life of Olaudah Equiano comes to mind.  I read that 41 years ago from an anthology on African-American literature.

But let me tend to your selection.  I have half a week before our next committee meeting. I will bring everyone up to steam.

Beyond that, I renew my suggestion that we have a rendezvous—such as the pandemic might allow—sometime before you leave East-Central Illinois.  Let’s keep that in mind and see what we can work out when the time comes!