Entering retirement in 2019, Presbyterian elder Patricia “Pat” Petty Morse wondered where God would direct her to serve next.

Morse’s career as a lawyer with the U.S. Department of Justice included assessing the judicial systems of several countries, including Sierra Leone, to encourage U.S. support toward transparent and effective systems of justice. She actively served her church in many ways, such as participating for 10 years on an anti-racism team in National Capital Presbytery.

At the Presbyterian Church (U.S.A.)’s Big Tent conference in Baltimore in August 2019, Morse attended a healing and reconciliation workshop describing trauma care being done by Presbyterian partners in Africa. She was moved by the testimonies of inner healing and forgiveness taking place in Rwanda, Congo and South Sudan. A training scheduled in Africa earlier this year felt like a unique opportunity to explore how God might want to use her.

In February, before the pandemic disrupted travel, Morse arrived for a three-week workshop at the International School of Reconciliation in Rwanda. She joined participants from 11 countries, including several people from South Sudan. The facilitators, representing five nationalities, walked with participants through its “Healing Hearts, Transforming Nations” workshop, which includes four main areas: understanding God’s heart of love, healing our inner wounds, repentance and forgiveness, and reconciliation. 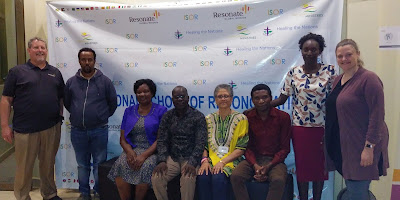 Morse reflected that healing our wounds helps to make us equal, as we realize that we are all broken and in need of healing. During the “cross workshop,” participants were encouraged to give their pain to Jesus, who took our sin and pain upon himself on the cross (Isaiah 53:4). Then they were encouraged to ask God to replace their pain with healing. 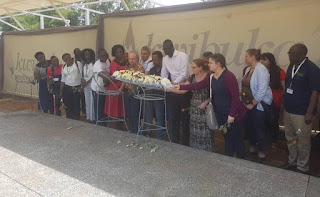 The South Sudan Presbyterian Evangelical Church sent four members to Rwanda for this training. Afterward, elder Romano Kuat shared, “My father was killed in 1983, when I was a child, so I am a victim of ethnic conflict. I prayed many times and said, ‘I forgive them, because they didn’t know what they were doing.’ But I didn’t really forgive in my heart.” He said the course helped him realize he was still harboring unforgiveness. It gave him the opportunity to acknowledge his pain, give it to Jesus and ask for healing.

“After 30 years, I am finally experiencing healing for my father’s death,” Kuat said. “And I realized that South Sudan is very similar to Rwanda. We can learn from them!”

“The session ‘Forgiving Is Not Forgetting’ was really powerful for me,” said Suzan Ajullu. “Because if someone hurts you, it is not easy to heal and forgive. It is not just a matter of saying ‘I’m healed.’ Now I’m experiencing some healing of the wounds that I had. I don’t have the dreams anymore or the fears that I was having before. I really experienced healing in Rwanda.” 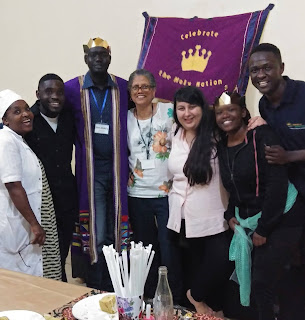 The Rwanda training culminated in a practicum where participants facilitated a workshop alongside coaches and translators. Morse, Kuat and Ajullu were in a group facilitating a workshop in a rural area that included both perpetrators and survivors of the Rwandan genocide. Morse shared that part of her learning process was working collaboratively with people from several different cultures, appreciating each person’s perspectives and gifts. 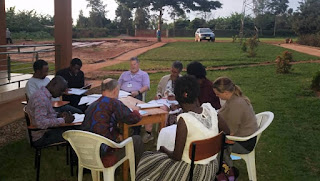 Practicum group members work together to prepare to facilitate the practicum workshop.
Photo by Joseph Nyamutera

Just before their practicum started, Rwanda banned all public gatherings and began restricting travel due to COVID-19. Participants scrambled to change flights and return to their home countries. Both in South Sudan and in the U.S., the past few months have revealed the inner wounds and ethnic tensions that plague people. Morse, Kuat, Ajullu and others are grateful for the healing experienced and the power of learning from one another. They said they are praying and looking forward to opportunities to organize future workshops to share the message of healing and hope with others.

This article, written by Kristi, comes from Presbyterian World Mission and can be found here: https://www.presbyterianmission.org/story/rwanda-workshop/
Posted by Kristi at 3:36 PM