Each group presented their list of what they felt had been lost. I knew that each item on the list was significant, representing pain and suffering that was currently being experienced. We discussed which losses were common across all the groups. Some of the top items were human lives, truth, faith, respect, properties/land, peace, culture, and dignity. As he explained why ‘lives’ had been included on his group’s list of losses, one young man said with feeling, “all my brothers have been killed. I alone remain.” A woman reflected that one of the impacts of all the people killed is that people fear humans now more than animals. 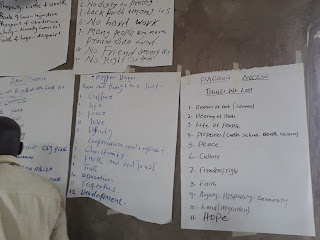 The lists from each group of the things they have lost

This particular session of the Healing Hearts Transforming Nations workshop we call “the Thief workshop”, because we discuss the material or intangible things that have been lost or stolen from our communities. The first part of John 10:10 “The thief comes only to kill, steal, and destroy” shows us Satan’s active attempts to destroy the peace and life that God created and intended for us. Recognizing our losses and hearing the losses of others helps us to see that all of us have suffered and have a common enemy. Too often, we choose not to hear the pain of another group, preferring the illusion that I or my group has suffered the most. 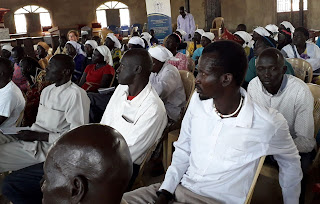 At this workshop in Rumbek, I heard about the impact of the war and attacks by Arabs in the 80’s. Killings and attacks between different villages continue to happen, partly because of the very strong culture of revenge. I heard about children growing up in the cattle camp because their parents could not send them to school, who later join in cattle-raiding and attacks on communities. I talked to fathers who feel it is unsafe for them to stay at home with their families because people will come hunting for them. While Rumbek has been a center for education in its region and has produced some of the top leaders in South Sudan, the area continues to struggle with inter-communal attacks and insecurity. 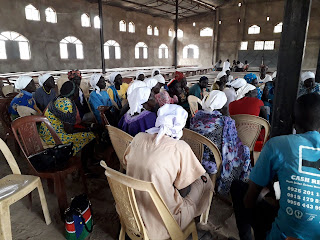 Groups discussing what their communities had lost

During this session of the workshop, I could feel the somber mood and the weight of the words as people shared the impact of these losses in their communities. I got goose bumps, realizing that this was sacred space of being able to share openly the struggles that they saw or experienced. We discussed how these losses can lead to believing lies about ourselves, others, and God. We grieved together over the brokenness of families and communities. 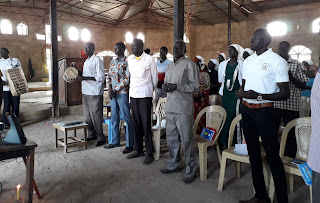 We end the session by discussing the second part of John 10:10, “But I have come that you might have life, and have it to the full.” Jesus came, suffered, was killed, and rose again. Jesus, victorious over death, sin, and Satan, came to show us His Kingdom, marked by sacrificial love rather than greed and pursuit of power. Our victorious God, who loves us and sees us, is our hope for healing and restoration from what has been lost. After this session, a few women came up to me, clasped my hand and appeared to be expressing their thanks for this somber but meaningful discussion. I couldn’t understand their words in Dinka, but I know that God does, and that we can connect and lament together even across the language gap.

Thanks so much for the emotional insightes., This teaching is going deep into the soul of these ladies.