The Face of Suffering

Here we are, into the third week of the semester and it is going well.  What a gift and a pleasure it is to get to know my students and fellow faculty members.  Most of the students, and even faculty, have been displaced multiple times over the last three to four decades.  The fact that our students are still persevering in their studies and now preparing to more fully serve their congregations, denominations and communities is a marvel.  Sometimes I feel like I need to take off my shoes before them, for their lives are truly holy ground.

The first week of my Church History I (Pre-Reformation) class we discussed how Christianity provided a salve to so many living under the tyranny and impersonal realities of empire during the first few centuries, so many uprooted from their home regions, losing touch with their families, their roots, and their worshiping communities.  The displaced masses were spiritually hungry for a faith that would give them “self-respect,” which Christianity provided.  One of my goals in teaching this course and other courses is connecting the “Big Story” of the subject with the individual and collective stories of my students.  As we discussed the issue of displacement and slavery in the first century during that first week, one of my students, Paulino, shared with us how his grandmother was stolen from her village and taken into slavery.  This testimony served as a stark reality check for me, hearing from one of my students how his family had suffered so egregiously. 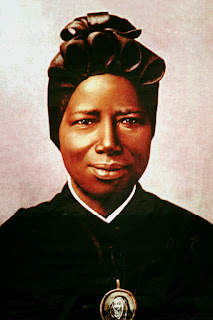 The following Monday, as we were about to begin our Contextual Theology class, Rev. John*, one my students, pulled me aside to share some terrible news.  Rev. John pastors a congregation across town where I have visited a few times and preached.  He shared with me how within the last week or two people from his home region had greatly suffered due to the ongoing civil war.  The village and church center of his birth were attacked and twenty two people were killed and sixty three were injured. Among those slaughtered was his mentor in the Christian faith.  Moreover, he told the story of a young mother who went to the river to hide from the soldiers.  In the process of hiding she lost her twin babies to the swift current.  Beside herself, she went and hung herself.  Pastor John then told me how on Sunday, during worship, people could not pray for peace because their hearts were so burdened and filled with pain.  This morbid report is the news I received minutes before teaching…can you imagine? 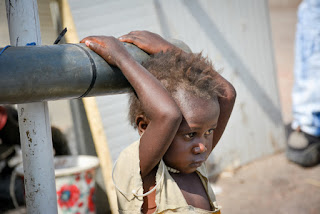 The Face of Suffering
photo from World Vision

Last Sunday I went to visit another church where I was invited to preach, a congregation filled with members of the tribal group on the other side of the current breach from that of Rev. John.  In my message I tried to help the congregation acknowledge their pain and to publicly acknowledge that they have really suffered; their deplorable situation was described to me before visiting.  To a person, almost everyone in this congregation has been displaced from their home region, their land occupied by a warring faction and all their cows taken.  My friend, Rev. Abe, with whom I teach at NTC, told me that he himself had lost one hundred cows.  For two of the tribes in South Sudan, the Dinka and the Nuer, cows are central to life.  Cows serve as dowry and are like a bank account.  To lose one’s cows and to be removed from one’s land is to lose everything.

The face of suffering we see and hear about on an almost everyday basis is almost too terrible to bear.  Sometimes it just feels like too much.  Lord, have mercy on Your people here in South Sudan.

*Rev. John is a pseudonym to protect the identity of the person whom I cite.

Bob and Kristi, my prayers are for you and the people you serve as you face and attempt to make sense of the non-sense of suffering and injustice. If not for the cross, how could any of us believe in God? It reminds us that God enters into our sufferings and does not isolate himself from them. - Pastor Mike Birbeck, First Presbyterian Church Wellsboro