In the Congolese oral culture, proverbs are as plentiful as mangoes falling from mango trees.  To emphasize a point or to infer an idea, a Congolese will invariably toss out a “lusumuinu” (proverb).  For instance, Pastor Kabasele heads an organization in Kananga called CEPRES, providing vocational skills and job training.  Recently he told a group of young people seeking jobs to be patient as they waited to hear from CEPRES about the training start dates.  To buttress his point, he emphatically stated, “"Kabwa ka lubilu kakashila nyama panshi,” meaning, “the small dog who runs fast forgot the animal he left on the ground.”

During our orientation, before coming to Congo, we were advised by missionary veterans to learn the proverbs.  We were told that the best missionaries know the local proverbs.  They know what makes people laugh, and they know what makes people cry.  One of the first proverbs we learned relates to our language learning - “Kakese kakese, nyunyu wakamana disua diandi,” meaning, “slowly by slowly the bird builds its nest.” 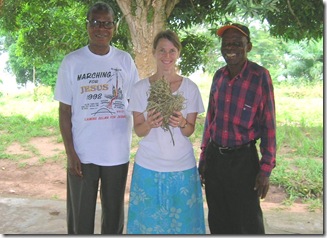 Recently we travelled to an old mission station called Lubondai.  It is a beautiful, tranquil setting with plenty of mango trees.  On trips, evenings are a time to relax and converse with others.  One evening in Lubondai, a group of us were sitting in the guesthouse - we moved inside because it has become a bit cold.  Staying at the guesthouse with us were a couple of young men from Kananga who recognized Kristi and I.  One young man casually mentioned that our Tshiluba was probably about as good as his English, not a very good compliment.  A colleague of ours jumped in and said, “Actually, their Tshiluba is quite good, and I’ll bet they know more proverbs than you do!”  The die had been cast, the bet had been made, and now it was up to us to try to live up to this bold statement!


For the next hour or so we traded proverbs back and forth.  We began playing a game where one side would begin a proverb, and the other would have to finish it.  Or, one group would say a proverb in its entirety, and the other group would have to explain the meaning.  According to a young man who travelled as part of our team, Kristi and I actually won the contest.  I think we all had more laughs and fun, however, than worrying about who won or lost.  Kristi and I were amazed at how many proverbs we have learned, and later that night we lamented not sharing other proverbs that we forgot in the heat of the moment.  We were also glad to learn a few more “nsumuinu” from our two new friends and others who enjoyed playing this fun little game.

The key to a proverb is using it at the right time.  A deftly delivered proverb is like a Joe Montana pass thrown across the middle for a touchdown.  It strikes, it delivers, it makes a point, and the crowd erupts.  We are enjoying learning this art and this skill.  It is as ingrained a part of Kasai culture as is eating bidia, the local staple.  A Congolese colleague and friend recently said, “Nsumuinu ya bantu idi ileja lungenyi ludibu nalu,” meaning, “proverbs indicate the intelligence of a people.”  Well, perhaps we are growing in our social and cultural intelligence here in Congo.  I sure hope so.  We are trying our best to follow the advice we received on a cold winter day in Louisville in January 2010, a place where there are no mangoes. 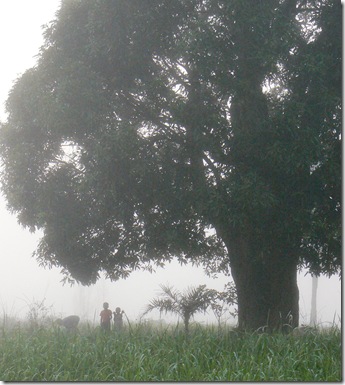